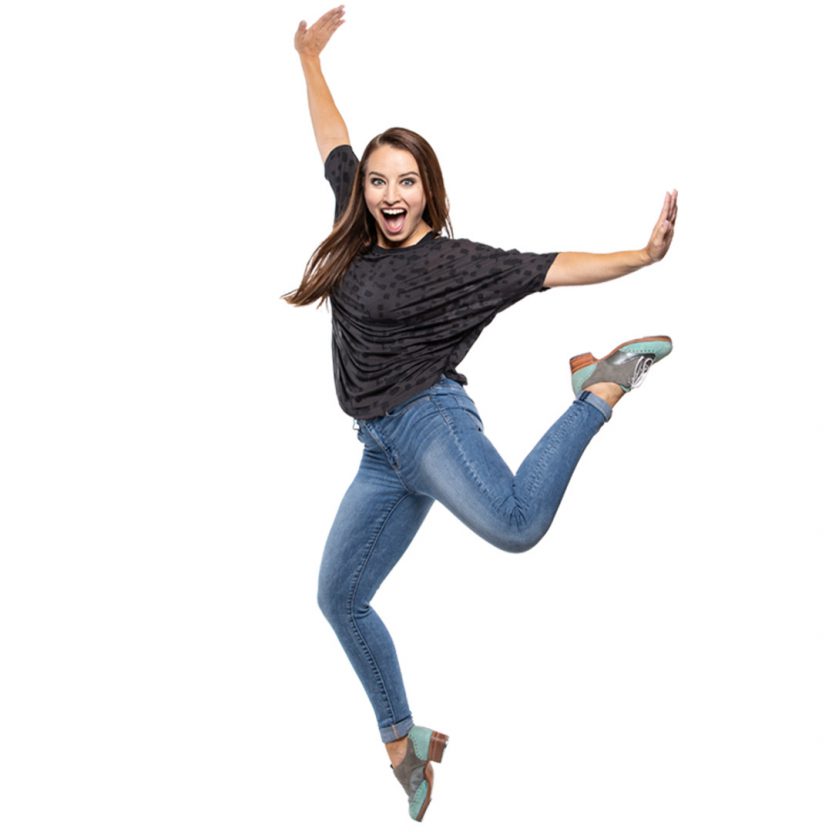 Jen Garaffa is a dancer, teacher, and choreographer. She has been teaching tap, jazz, lyrical, hip hop, and acrobatics for sixteen years. Jen has been a professional dancer at the Walt Disney World Resort since 2006, dancing in parades, shows, and special events including Festival of the Lion King, Disney Channel Rocks!, Main Street Trolley Show, Festival of Fantasy Parade, and Mickey’s Once Upon a Christmastime Parade. She is one of the only dancers to tap dance in a show at Walt Disney World. Jen has been part of the Walt Disney World entertainment training team and is currently a teaching artist with Disney Performing Arts. She has also appeared as a dancer on BBC, ABC and the Disney Channel.