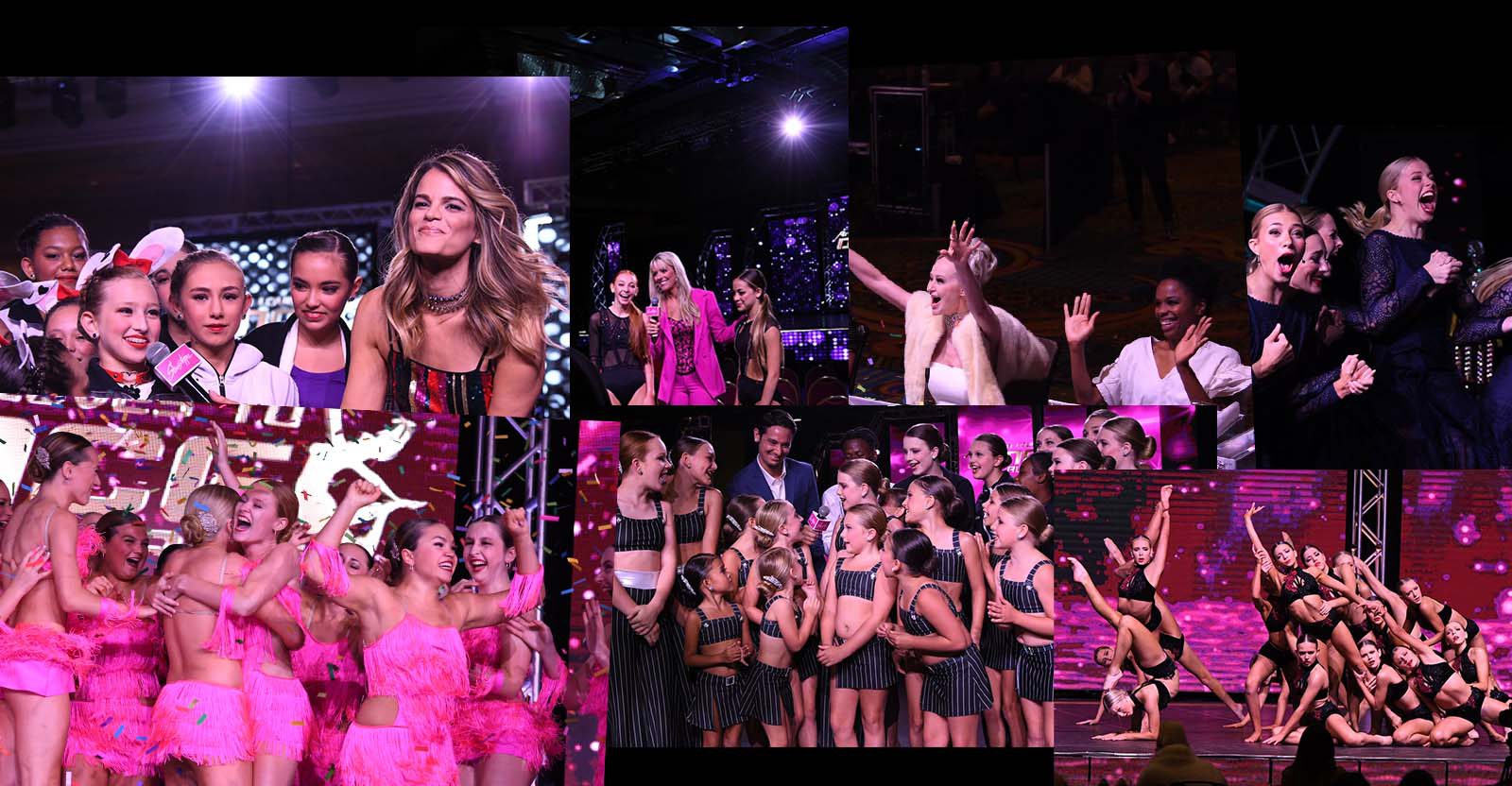 Founded in 1978, Showstopper is America‘s first, longest-running, and most prestigious dance competition. Showstopper set the standards for competitive dance in America with the first and longest aired dance competition television show, broadcasted on national television for 20 years. As a full production company, today Showstopper hosts over 50 events a year throughout the United States and internationally.

We go to extraordinary lengths to provide the industry’s high-quality dance competitions in more than 40 locations across the country. All shows are held in family-friendly venues and feature custom-built stages that continue to be unmatched in the industry. Our goal is always to make every dancer feel special regardless of score, while also providing valuable and constructive feedback from our judges with years of professional industry experience. Each year we see over 50,000 dancers across our stages!

Our dance conventions provide dancers with the invaluable opportunity to learn new skills, make connections, and meet new friends in an encouraging environment separate from competitions. Our faculty showcases the best choreographers, teachers, and professional dancers that have graced stages worldwide and now will stand before you to share the secret to their success.

In 1978, Debbie Roberts recognized a missing piece in the dance community, an outlet for dancers to compete. She first got the idea to host the nation’s first dance competition from watching her son, Adam, play competitive sports for years. Seeing the excitement he got for a big game inspired her to create the same for dancers. With the name suggestion from her dancing, 8-year-old daughter Angel, Debbie took her savings and booked four competitions, calling them Showstopper.

She wrote letters and knocked on the doors of local dance studios, and eventually, she recruited about 400 people to attend her first show. By the fourth show of that year, dancers were hooked. In no time, local televisions and newspapers were filled with pictures of children leaping across the Showstopper stage. It became a national phenomenon! 44 years later Showstopper is in over 40 cities across the country.

Debbie Roberts taught dance for over 26 years and owned and operated her own dance studio for 20 years. She is now the owner and National Director of Showstopper, alongside her husband, Dave Roberts. Dancer, teacher, business owner, author, and mother, Debbie has made dance her life’s career. Debbie’s impact on the dance community continued.

In 1984, Debbie graced the cover of Dance Teacher Magazine. In 1986, she topped Glamour Magazine’s list of Outstanding Young Working Women. In 1992, Debbie published her first of three dance-related books. Her first book, The  Super Studio: The Guide to a Successful Dance Studio, earned major credit at many colleges throughout the United States. Today, Debbie is going on her 44th year traveling the country to shows every weekend with our crew, working as our National Director.

THE HISTORY OF SHOWSTOPPER

FROM TODAY TO OUR OUR BEGINNING

Our biggest year yet!

2022 is on track to be our largest season yet with over half of our shows sold out before the season even started, and we’ve added TWO new National Finals!

We made the most of a tricky year and added a Virtual Tour to our lineup and produced it at Showstopper headquarters.

We quickly outgrew one custom-built warehouse/soundstage/headquarters so we expand our Showstopper headquarters and build a second warehouse next door!

We celebrate our monumental 40th anniversary with another car giveaway and a special celebration tour.

Showstopper hits its first 3,000-act show in Anaheim, CA at the Disneyland Hotel. Our biggest show yet!

We celebrate 30 years of Showstopper in a big way: with a new 35,000-square-foot Showstopper stage-design facility and dance museum right in the heart of Myrtle Beach.

Showstopper emerges from its pink Y2K bunker and launches its first website: showstopperonline.com

Showstopper purchases its first of its fleet of 13 semi-trucks to ship all of our equipment and trophies to and from each show.

Showstopper gets its first Emmy Nomination!

Showstopper’s “The American Dance Championship” gets its first of five Emmy nominations.

Debbie Roberts publishes her first of three dance-related books. “The Super Studio: The Guide to a Successful Dance Studio” goes on to earn major cred at many colleges.

The beginning of Showstopper Dance Conventions!

Showstopper adds dance conventions to its national tour of competitions.

If you already think Showstopper is bae, you might be surprised to learn that Showstopper is also Bey. Yes, Queen Bey herself takes the Showstopper stage in 1991. …Beyonce. Beyonce, y’all. We’re just gonna leave it at that.

Debbie continues to inspire us all!

Debbie is featured in Entrepreneur Magazine.

Showstopper makes it to the big screen!

Dave Roberts can’t resist the high energy environment of Showstopper, so he sells his successful furniture manufacturing company and becomes an official member of the Showstopper family! If you ask us, we think he made a great decision!

Showstopper is trademarked! Look at us!

From coast to coast! Showstopper hosts its first show at Disneyland in Anaheim, Calif. It’s the first show of an almost 40-year partnership with Disney.

The birth of Showstopper!

Debbie realizes that dancers, just as other athletes, need a place to compete on a large scale in front of a crowd of spectators and supporters. So she knocks on every studio’s door in Charlotte, North Carolina, sharing her idea for a challenging, yet celebratory competition for local dancers.

Debbie hosts a “Day of Dance” at The Dance Shop and over 100 driven and young dancers are able to attend her first fabulous dance convention!

Debbie opens the doors to her first dance studio in High Point, North Carolina: The Dance Shop. Hundreds of eager dancers of all ages start learning to strut their stuff!

Dave and Debbie get married!

In Battle Creek, Michigan, Debbie begins teaching dance and hosts the first annual end-of-summer talent competition — giving tons of dancers the opportunity to show off their dance skills in front of an audience and a panel of judges!

While riding their bikes around their neighborhood in Lakeview, Michigan, Dave and Debbie caught each others’ eye. You could even say it was love at first sight.

KEEP GOING...
Back to the top